Water supplied to AVEK is imported through California's State Water Project (SWP). The SWP is a state water managmeent project under the supervision of the California Department of Water Resrouces. The SWP is one of the largest public water and power utilities in the world, providing drinking water for more than 23 million people. The SWP collects water from rivers in Northern Calfiornia and redistributes it to the water-scarce but populous south through a network of aqueducts, pumping stations and power plants. 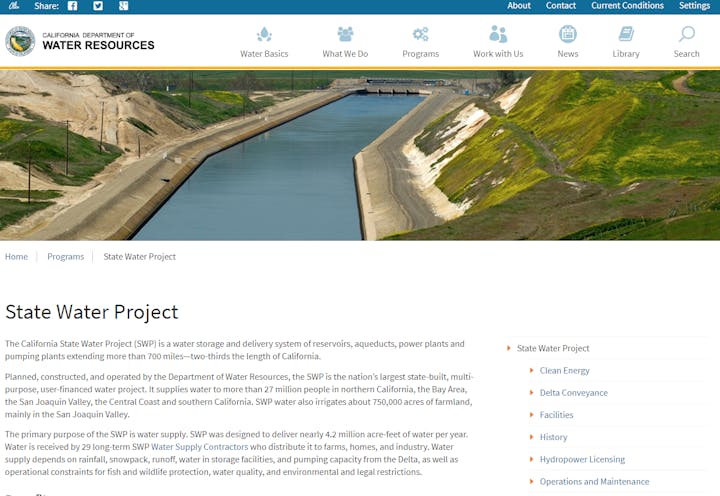 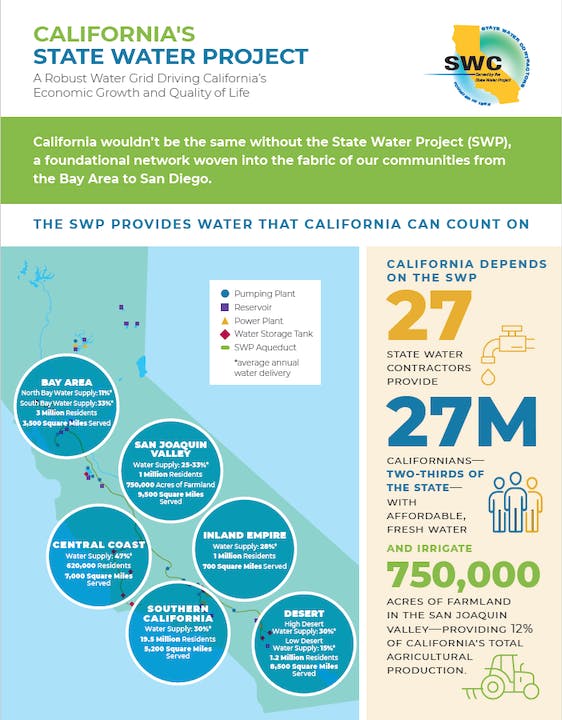 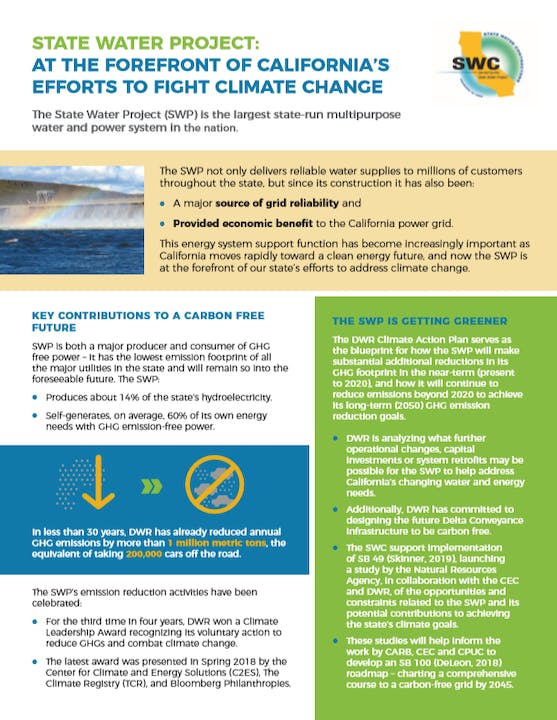 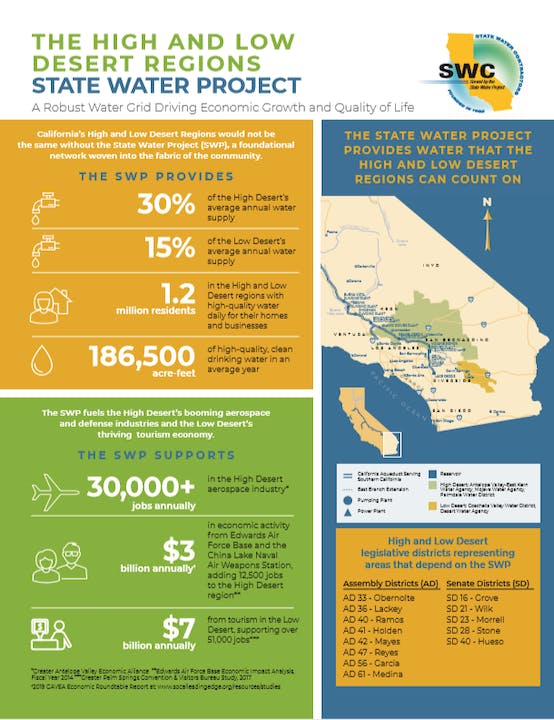