Antelope Valley-East Kern Water Agency Directors opened their Jan. 12 board meeting in memory of cherished colleague Justin Lane, the Division 4 Director who died in a vehicle accident on Jan. 1.

AVEK management and staff have been mourning the loss and sent their prayers and condolences to Justin’s parents, George and Charlene Lane, his widow Jessica and the young couple’s 5-year-old son Bronson.

Justin, 34, won his second 4-year term on the AVEK board in the Nov. 3, 2020 election. He first won his Division 4 seat in November 2016, filling a position that had been served by his father George for 40 years. On Jan. 12, Board President Shelley Sorsabal dedicated the meeting in honor of Justin. Division 3 Director Frank Donato paid tribute, saying he “goes back many years with George and Charlene” and he watched Justin grow. He also noted the value of Justin’s contributions as a bright and blossoming board member. “He was coming into his own,” Frank said.

Family, friends and associates gathered for a funeral service on Jan. 19 at Joshua Memorial Park to honor the life of Justin George Lane. There Bishop Lloyd Dunn of The Church of Jesus Christ of Latter-day Saints led everyone in prayer. And he read from Justin’s obituary.

Justin was the fourth generation of the pioneering Lane family who resided at a working ranch established in Quartz Hill in 1908. His son Bronson is the fifth generation of Lanes in the Antelope Valley. For Justin, devotion to his family was the highest honor. He was also devoted to wife Jessica, who he called “My Princess” and “My Angel” and Bronson, his “partner” and “best buddy.” He kept involved in Bronson’s activities, including horse shows as well as school and sports events.

He carried on the legacy of great grandfather George W. Lane, grandfather Frank Lane and his father George regarding working the ranch. He was a kind and gentle horseman and trainer. He traveled the rodeo circuit and excelled in team roping.

A 2004 graduate from Paraclete High School he played football and continued higher education at California State University, Bakersfield, graduating in 2013. He worked as Vice President of Monte Vista Building Sites, Inc. and as a partner of Lane Ranch & Co.

A member of the Screen Actors Guild, he appeared in commercials, TV shows and movies.

Justin’s friend, Kyle Wright, described him as compassionate and a leader who always saw the silver lining and never spoke bad about anyone. 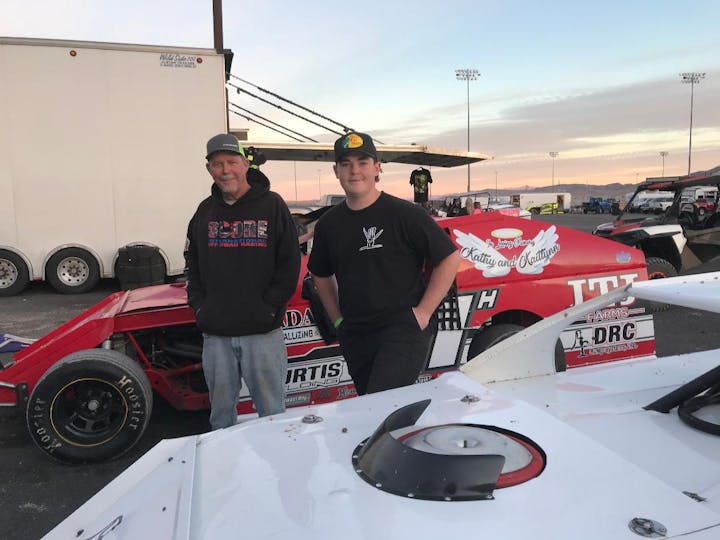 It’s been roughly a half year since Rosamond resident Donald Houghton joined Antelope Valley-East Kern Water Agency on Nov. 16, 2020, as a well & pump technician, a position that he welcomed.