At the Tuesday, November 30 special Board meeting, AVEK General Manager Dwayne Chisam presented Directors with a very detailed report on the Agency’s long-term and short-term water supply goals which are dependent, in part, on allocations from the California Department of Water Resources (DWR)

Chisam initiated the presentation with an historic look at the State Water Project (SWP) allocations received dating back to 1967 and moving forward to present day conditions. “From 1967 to 1990 we received almost 100% allocations consistently, year-to-year,” he said. A bar graph showing 90% of AVEK’s Table A SWP contractor’s entitlement indicated those circumstances.

Eventually a gradual decline in allocations began, but AVEK along with the other SWP contractors still received between 52% and 58% of their entitlement. For AVEK, the third largest State Water contractor, whose entitlement had increased to 144,844 acre-feet annually, that meant an allocation of at least 75,318 acre-feet -- more than enough to meet customer demands.

A major turning point occurred in the 2006/2007 years, “one of the most significant changes,” Chisam said. The adoption of biological opinions coupled with the stance taken by the state Department of Fish and Game changed water supply deliveries with a focus on protecting fish species in their native habitat and the ecosystem in general.

Prior to those opinions, AVEK could count on plentiful supplies of Table A water.

Since that time, the lows are much lower than in the past and the highs are not as high, Chisam said, in reference to allocations that have dropped as low as 5% in dry times, with roughly 40% to 44% allocated in wet years.

AVEK staff and Directors, being perceptive and visionary, realized “we had to do something to meet customer demands.” Board members embarked on a water banking program taking water resources and storing them “during wet periods for use during dry periods,” Chisam explained. He called the situation the “new reality for the last 10 or 15 years.”

In all three cycles, customer demand remains consistent at 42,000 acre-feet.

“What’s important? We have 66,390 acre-feet stored,” Chisam said. “We can meet our demand under these various scenarios.”

Furthermore, in years when the allocation far exceeds the supplies needed to meet customer demands, Chisam said, the surplus water gets utilized in two ways – first to fill the water banks and second as an exchange or transfer with another SWP contractor which increases revenue for AVEK and reduces the Agency’s costs. If the excess is not utilized, that water is lost.

“A very prudent and important function of AVEK, what we face in 2022, is how to meet demands,” Chisam emphasized. “It helps our retail water customers to meet their customers demands.” It’s necessary to maximize the greatest amounts of natural resources – pumping to save the Table A supplies.

Chisam suggested strongly encouraging end-users to reduce their water consumption through implementing methods of conservation, having AVEK’s customers pass that concept on to their customers. Conservation efforts are needed in 2022 to prepare for dry periods in 2023 and beyond.

When complete, the High Desert Water Bank recovery capacity will help in the long-term goals, by improving reliability, Chisam noted. “Without the investments we made, we’d be in a worse situation.”

For long-term goals, the Agency can: 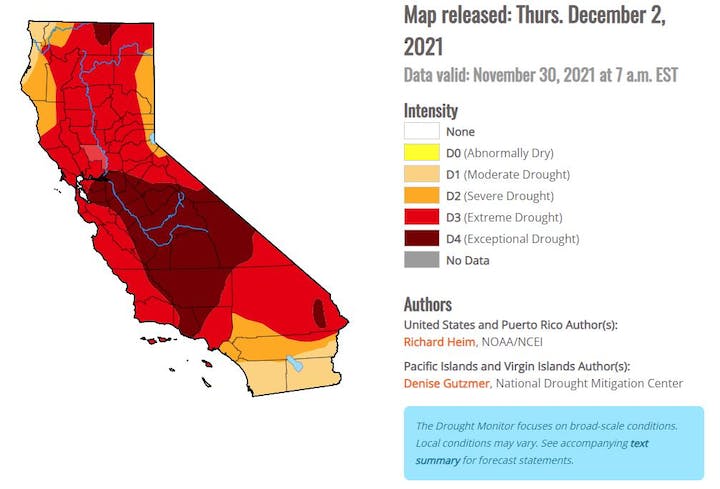