“Wash your hands. Don’t touch your face.” People heard those guidelines repeatedly since the pandemic began and cleanliness was deemed vital. But did that lead to an uptick in water use by everyone?

Raftelis, a financial consulting firm, and researchers from Duke University’s Nicholas School of the Environment collaborated on a study which tracked the effects of COVID-19 on water consumption and the revenue at five water supply companies. Their study is an ongoing project. But team members Luke Eastman from Raftelis; Erika Smull; Lauren Patterson, PhD; and Martin Doyle, PhD, all three from Duke released a report following their initial findings.

They compiled data from January 2017 through April 2020 regarding the volume of water consumed and te billed revenue charged by Columbus Water Works in Georgia; Denver Water in Colorado; the City of Raleigh in North Carolina; Trabuco Canyon Water District in California; and Marana Water in Arizona. They specifically selected utilities that ranged in size and operated in different climates nationwide.

In summarizing the results, their report stated, “some utilities saw a decline in primarily non-residential consumption of up to 19% and non-residential billed revenue of up to 8% in April, one full month into the pandemic, relative to April usage and revenue in the past three years.”

Team members also determined that residential customers are usin water “in similar amounts to previous years, and often more.” One utility experienced an increase in residential consumption of 14% in April 2020 compared to average use during the prior three years.

Annual rate increases, coupled with steady or increasing residential consumption, seemed to “offset effects of the COVID-19 shutdowns,” researchers stated in their summary. They also noted that their data reflects billed revenue as opposed to actual revenue, adding that delinquency or nonpayment rates “remain a significant source of uncertainty for water utilities.”

For their study, they “targeted utilities with billing practices” which would provide enough detail about the impacts of COVID-19 on both water consumption and revenues. They sought utilities that bill monthly, have defined customer classes, i.e., residential, or commercial and have a historic record with a minimum of three calendar years as a baseline.

Researchers ended their report by vowing to expand their study and “dig deeper into the effects of COVID-19 on water utilities.” 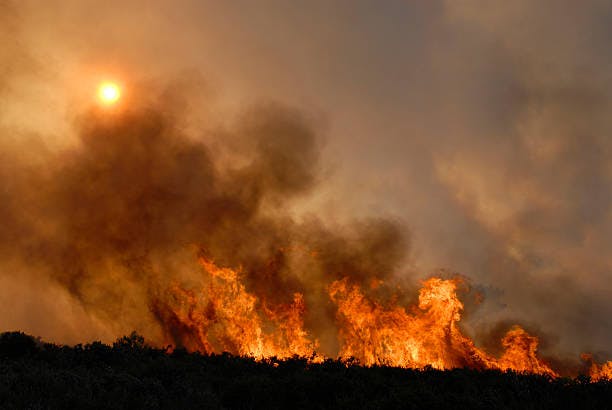 Like the lyrics to a James Taylor song, Californians for many years have seen fire and have seen rain, but in 2022 as wildfire season approaches, the prospect of precipitation dims, while the chances…