Despite the pandemic, 2020 has been an eventful year for AVEK clerical assistant Diana Mills and her family.

Diana and husband TJ settled into new digs in Palmdale recently where they faced plenty of unpacking on weekends. They were living in a rental home which sold, causing them to search for another rental property where they could hang a welcome sign.

But their truly grand event this year came from the sound of wedding bells when their son Tristan married his sweetheart Bri in mid-July.

Tristan and Bri began dating nearly five years ago, according to Diana. This summer they recited their marriage vows during a quaint backyard wedding at a neighbor’s house, with Pastor Abram Thomas of Westside Christian Fellowship in Leona Valley officiating.

“I was hoping for a church wedding, but COVID strikes again,” Diana said. Nonetheless, she was pleased and all smiles to watch them tie the knot. They made a beautiful, picture perfect couple. Love glows in their eyes.

Bri informed everyone who could not attend the nuptials this year because of social distancing restrictions that next year they plan a big bash for the reception.

Tristan is one of three sons born to Diana and TJ. Justin is the oldest and Dylan the youngest. “Tristan is my middle son,” Diana said.

Diana recalled watching the TV show “My Three Sons” during her childhood, a program which aired between 1960 and 1972. It portrayed Fred MacMurray as Steve Douglas, an aeronautical engineer and the widowed father of Mike, Robbie and Chip. Steve eventually adopted son Ernie.

“I loved that show,” Diana said. “I fell in love with Robbie.” She was barely a teen when actor Don Grady played that role. These days Diana refers to her offspring as “my three sons.”

The birth of boys did not stop with Diana’s sons. She and TJ are the proud grandparents of two grandsons – so far. Tristan and Bri enjoy watching the clever antics of their son, 4-year-old Tyler, as he explores life every day. Diana described Tyler as not only cute, but active and smart as well. She is equally enchanted by her other grandson, 4-year-old Frey, her son Justin’s boy. Frey is an Irish name, Diana said. Although her family is not of Irish heritage, she noted that Justin “loves the Irish name.”

Family means everything to Diana. She is one of four siblings. Her parents raised two daughters and two sons. They are a tightknit group. Diana has a video of the family playing the Hasbro game Pie Face! at one Christmas gathering.

“We are a family that plays games. My nephew got that one,” she said of her sister’s son. 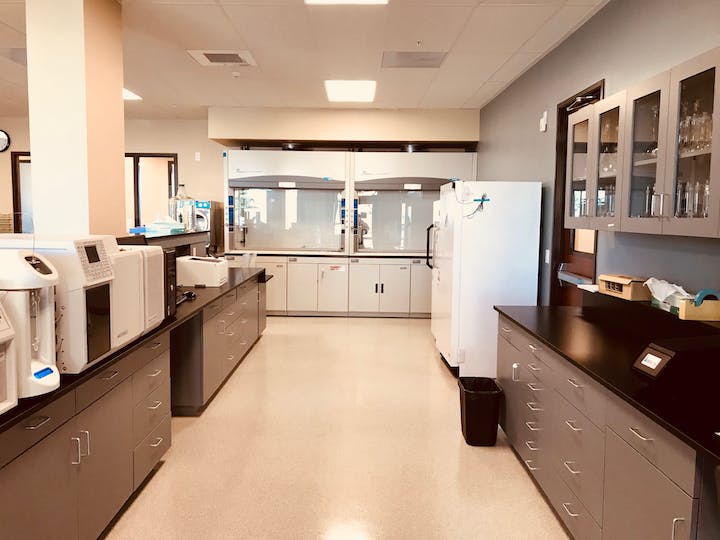 Antelope Valley-East Kern Water Agency takes precautions in each department at Quartz Hill headquarters and every outlying facility to ensure the safety of employees, customers and visitors.