A glimpse into 2021 indicates that AVEK will be able to meet customer demands for supplemental water supplies – mainly because of the Agency’s banking program.

AVEK is maintaining about 10 million gallons a day that goes through the geo-purification process. Regarding water quality, turbidity improved with cooler temperatures.

As of the Nov. 10, 2020 board meeting, General Manager Dwayne Chisam said that Northern California received some rain, but much smaller amounts fell in other areas of the state, so that rain had negligible impact on the upcoming year.

California received no precipitation in October.

It’s been a slow start heading into the water year. Reservoir levels are a little below average.

At the Oct. 27 AVEK board meeting, Chisam told Directors, “We’ve just completed the end of the water cycle. It’s been very dry up North. We’ve had three years of below average precipitation.”

“We’re not in terrible shape.” However, another dry year could pose problems. The overwhelming majority of the state's eastern, central, and northern regions are experiencing drought conditions ranging from moderate to extreme, and most of its southwest region is abnormally dry, as illustrated by a drought monitoring map released on 11/25: 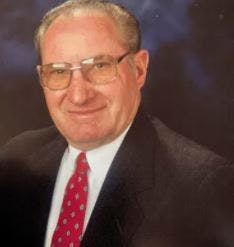 When AVEK board members conducted their Oct. 13 virtual meeting, they convened in memory of former Director Andy Rutledge at the suggestion of Director Frank Donato.